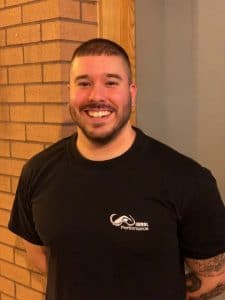 As a competitive swimmer, I was privileged enough to train with Graeme Smith, Stephen Parry and James Goddard in the lead-up to the Athens Olympics; I believe this helped me become a National Youth Champion in 2003 and gave me the understanding of what it takes to reach the highest levels.

After a small-time away from swimming, I began coaching in 2008 at Stockport Metro and soon discovered a real passion for the sport again and knew this was the career I wanted to pursue.

During my eight years of coaching at Stockport, I led the Junior Development program for five years overseeing 200 swimmers. I coached two age group squads that went on to be the top club at the National Age Groups in 2011. I have been able to assist Sean Kelly with International athletes, as well as coaching and assisting with the ITC and Head coach over many seasons. I also had a youth/ senior group in which I coached a British and English Senior nationals champion.

In my first season at Wirral Metro, the club has had swimmers final at British Champs / British, English and Scottish nationals, achieve medal success at the Deaflympics and World Dwarf games, as well as having swimmers selected for the Mare Nostrum series and Scottish National squad.

I believe all swimmers, regardless of ability, should be given an equal opportunity to excel for them to reach the highest standard they are capable. I am a firm believer that every swimmer is an individual; all athletes are unique and develop at different rates. Therefore no two athletes can be coached the same, which for me is what makes this job so rewarding and consistently challenging.

I know that my experience of working at all levels will allow me to cater for all abilities within the Wirral Performance Scheme and make Wirral Metro a great success.

Finally, I am a great believer if the culture is professional, where we are striving to make small gains each day, then success is inevitable. 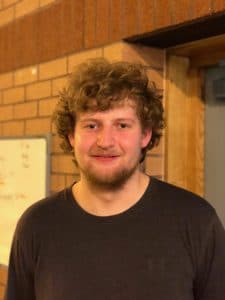 During my time as a swimmer, I was able to make Commonwealth trails in the 200 & 400 IM, made Nationals in the 100 & 200 Fly, 200 Breaststroke, 200 Backstroke, 800 & 1500 Freestyle and the 200 & 400 IM. I was also the regional champion in 1500 Freestyle and 200 Backstroke as well as achieving multiple medals at County Championships, where I also broke the 100m Breaststroke record. Another highlight of my swimming career was being asked to join the England Talent Level 1 and 2 Camps as well as making British Swimming Open Water Camps and the ASA Beacon Programme.

I love swimming and always wanted to coach so started coaching at Wirral Metro in 2015 after gaining my level 1 coaching qualification. I was able to use my own swimming experiences to help support swimmers development throughout the club. I am keen to build on my swimming knowledge and feel I improve as a coach with each session I coach.